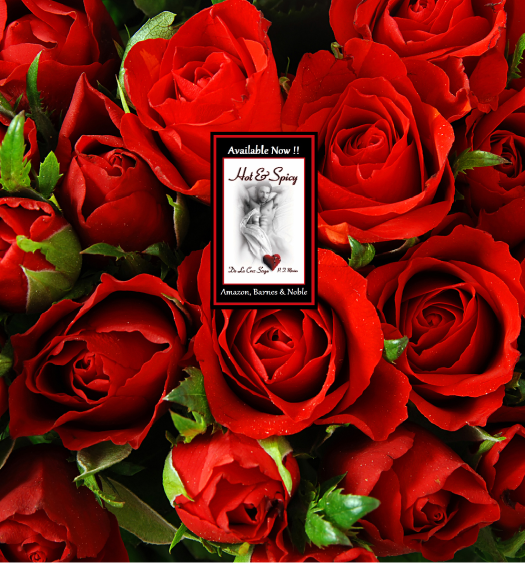 Hot & Spicy is a wonderful romantic thriller. Jose Enrique has achieved to situate the De La Cruz Inc. in a great financial position and in an excellent market niche. Now it’s time for him to settle down.

Jose Enrique De La Cruz, CEO of the De La Cruz, Inc. needs a fiancée in time for the company’s 25th anniversary celebration. He promised la familia to introduce his novia at the celebration. La familia is anxious to meet his fiancée, but he doesn’t have one.

Jessica Maria Cortez agreed to be his fiancée for two reasons: one, she has always loved him and prays she can make him love her and two, this is a great opportunity to achieve her dream of working as an interior decorator design manager.

In no time at all, Jose Enrique and Jessica find themselves budding up into a relationship with tantalizing ecstasy. With everything falling into place for the De La Cruz’s, it looks like the entire family is about to plunge into an ocean of nightmare and chaos before they can say “Cheers!” for the De La Cruz, Inc.

Time is running out and he has to rely on the government and the Navy Seals to rescue his amor and familia. The pressure is on.

An index of the Spanish words used in the entire novel is also incorporated in the last chapter.