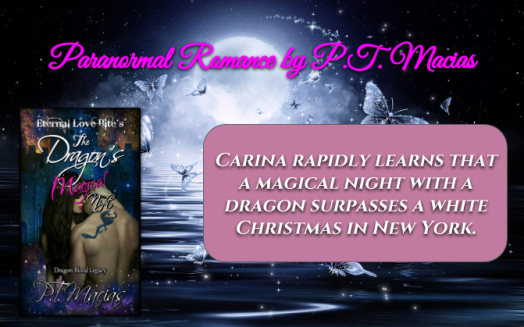 Gage clenches his hands tight, causing the skin to stretch and turn white over the knuckles. He inhales deeply, then slowly exhales to control the need to emit his pale blue shimmering smoke.

What the fuck! That sweet floral scent is driving me insane. I don’t know who’s scent it is with so many people on the plane!

“This is Capitan Jones, we are approaching the Los Angeles International Airport runway in approximate 10 minutes. I’m asking that you remain seated until the seatbelt light is turned off. Thank you for flying Clear Blue Airlines!”

Carina turns her head to look back, raising her right eyebrow and looks at people lined up in the aisle all the way to the back of the plane.

Fuck, they don’t follow the instructions! Everyone is rushing to get off!

She turns around, sighs, and starts to tap her fingers in a rhythmic pace on the armrest. She leans into the first-class leather seat closing her beautiful hazel eyes.

A few minutes later, Carina pushes off the seat and stands in the aisle. She adjusts her shirt, raises her arms to reach the overhead. She opens the overhead compartment to grab her carryon.

Carina pulls on the bright pink carryon handle, biting her lower lip. She inhales deeply as she tugs the handle again, the bag lurches forward, propelled by gravity. She quickly releases the handle, raises her hands up to break the impact.

She steps back, crashing into the man behind her, gasping. She moves her hands up, ready to grab the carry on, closing her eyes waiting for the painful impact.

“I got it,” says a deep voice into her ear, sending a chill through her entire body.

OMG! The freaking voice is deep and resonates throughout my entire being. What the hell! His scent is spicy, totally sexy, and heady.

Gage stands tall behind her, he swiftly extends his muscular arm around her, leaning into her as his strong hand grabs the handle, and instantly pulls it up and away from her. He sets it down on the vacant aisle seat next to her.

Slowly, Gage pulls away from her, watching her closely. He grinds his jaw to control the rampant emotions rushing through his body gathering into a throbbing ache in his groin. He hisses, closing his eyes.

What the hell! I don’t even want to know why? It can’t be! Is it possible? Fuck! It’s her sweet floral scent!

She raises her trembling hands up to tuck her long golden-brown strands behind her ears as she turns around.

Carina’s eyes widen, long curly lashes frame hazel eyes, and she licks her dry lips. She rapidly blinks as she looks up at the huge man. She stares into the man’s black eyeglasses trying to see his eyes.

She nods, a soft blush creeps up her face, and she bites the lower corner of her inner lips as she tilts forward grabbing the carryon handle keeping her eyes on his face. Her huge hazel eyes expand as she focuses on the perfect full masculine lips framed by a black goatee.

Gage rests his huge hands on the back of the first-class seats on each side, grasping the leather tight, bracing himself for the attack to his senses. His hungry eyes drink in every feature of her beautiful face as he waits for Carina to move forward. He clenches his jaw to control the urge to release his shimmering smoke with his spicy bonding scent.

Carina eyes slowly travel down his thick neck, then slowly takes in his wide shoulders shrouded in black leather jacket, and then her eyes move down taking in the tight leather pants.

Carina contemplates the bulge at his crotch, her eyes widen, inhaling deeply watching his deep purple crown peep up his waistband. She licks her lips watching the cock play peek a boo. Her mouth waters and she bites her lower lip.

Gage pale blue eyes discern her hungry look, nods slightly, inhales deeply, and clenches his jaw tight. He moves his right hand and quickly adjusts his pants hissing. He then pulls out his black shirt.

What the fuck! Her scent is driving me insane! Fuck she looks turned on!

“Hey sweetie, we need to move it,” yells the lady down the plane glaring at them.

Carina blush deepens, she hastily turns around and pulls the carryon. She swings it in front of her and walks down the aisle shifting her hips.

Gage’s eyes remain fixed on her soft round ass as she walks off.

What the fuck! I need to talk to her! Who is she?

Carina pulls on the carryon and runs down the walkway, past the waiting room, down the hall, and into the ladies’ bathroom. She runs into the stall at the end leaning against the cold metal door closing her eyes tight. She inhales deeply and exhales gasping for air. She releases the carryon and handbag, allowing them to fall onto the floor, raising her hands up to her face. She shakes head, inhaling deeply.

Oh my, he’s so damn hot! What in the world was I doing gawking at him, uh. . . . . almost drooling, thinking of riding that huge cock, forgetting everything. What’s wrong with me? How can I possibly think of riding his cock! I don’t know him. Oh, but that cock looks so yummy! Damn it, my mind stopped working, and my body was on fire! Fuck, in front of all those people! Hell, I was holding up the line! How fucking embarrassing!

Gage walks further down the aisle and stops to reach overhead. He grabs his carryon and walks forward to exit the plane. He takes long strides down the ramp searching for Carina.

Fuck! Where is she? 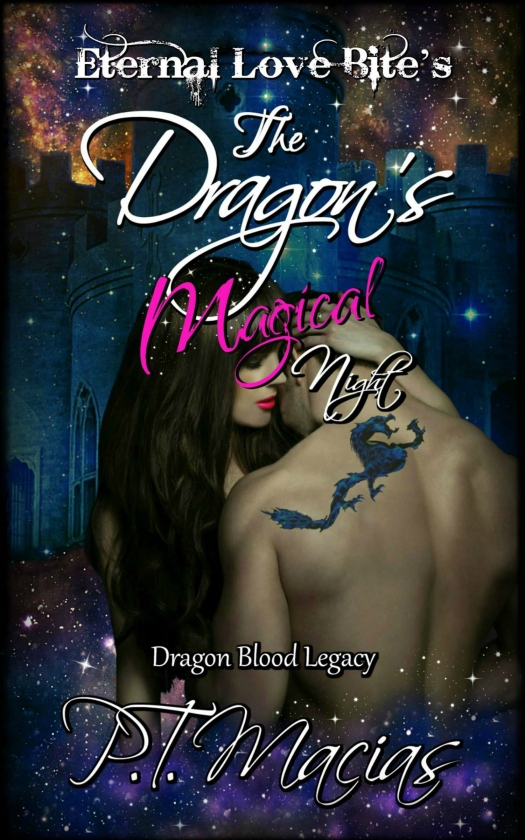 Carina Leal detests going home for Christmas break to a cold house, a dictatorial papa, and a bitchy sister. She especially hates declining an invitation to spend an enchanting white Christmas in New York.

Dracostar Prince, Gage, enjoys life on the Earth realm as the San Francisco Senator. His meticulous agenda is radically altered by enchanting but unexpected human mate.

Carina’s life as she knows it does a 180 turn. She fears for her life and discovers that myths are real.

Carina rapidly learns that a magical night with a dragon surpasses a white Christmas in New York.